Art as Science. Science as Art.

FULL BIO:
A native of the Universe, Joann “Paradigm” Roberts, aka “The Jovian”, was born and raised in the Chicago area. A poet/MC and musician/producer; Paradigm is a 3-time slam champion as well as a Hip Hop educator and teaching artist for at-promise youth. She promotes healing, self-reflection, awareness, and liberation by blending STEM with the expressive arts and is known for her laid back, mellow stage presence that is complimented by powerfully cosmic wording.

Paradigm travels all over the U.S. and overseas, performing music and poetry, as well as facilitating Hip Hop and poetry workshops that encourage healing and self expression in others. She harmonizes topics in physics, metaphysics, and philosophy for purposes of engaging in meaningful dialogue, creativity, and spiritual growth. In addition to speaking at many colleges and universities, she has opened for Cornel West and performed on stage with Reggae artist Pato Banton. Paradigm also does feature performances at various events such as slams, open mics, festivals, and retreats.

The arts aside, Paradigm dwells in her passions for traveling, mentoring inner city youth, piloting small planes, and spending time in nature. She obtained a Bachelor of Science in Engineering-Physics with a Philosophy minor at Chicago State University and earned her Private Pilot’s License at Southern Illinois – Carbondale.  Paradigm is currently working on a PhD in Astrophysics at the University of California – Davis.

“SISTER JOANN WILL CAUSE TROUBLE IN THE CORPORATE WORLD. SHE KNOWS AND SPEAKS THE TRUTH.” -DR. CORNEL WEST 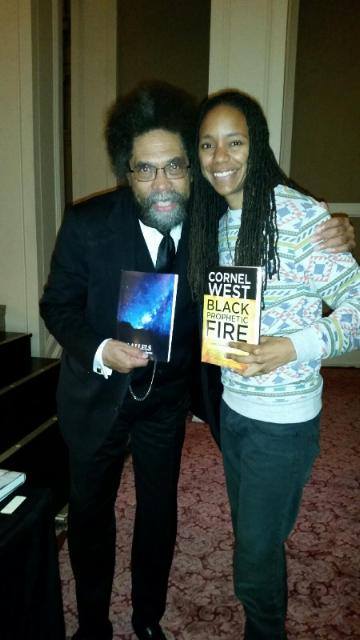 WORKSHOPS OFFERED:
“Intersections through Artistic Expression: A Look at Intersectionality”
“Healing Through the Arts: Poetry as Therapy. Poetry for and of Our Generations”
“Healing Through the Arts: Hip Hop as Therapy”
“The How-To’s of Being a Full-Time Poet”
“Slam Poetry. Page Poetry. Performance Poetry. Comparisons and Contrasts”
“Talking Across Generations” Co-Host, LGBTQ Allyship Conference- Seattle, 2014
ARTreach, poetry workshop volunteer- Las Vegas, Fall 2012